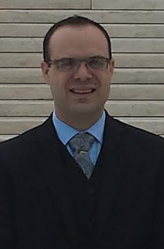 Michael began his career in 2007 as an Assistant District Attorney in the Kings County District Attorney’s Office. As a prosecutor, he handled cases of every kind, including DWI cases, Narcotics, Assaults, Domestic Violence, and Attempted Murders. Michael litigated many cases to verdict and secured the Grand Jury indictments of over two hundred felons as a Grand Jury ADA.

In 2010 Michael began his career in the private sector at the firm of Wenig Saltiel and Johnson LLP where he further honed his trial skills while defending clients in Supreme Court Jury Trials and successfully prosecuting many summary trial proceedings in the Civil Court.

Michael is on the List of approved attorneys for the Rule 18-b Assigned Counsel Plan where he can be appointed as a defense attorney for those constituents of Brooklyn who cannot afford legal representation and he is on the Office of Court Administration Part 36 List enabling him to become a Court Appointed Fiduciary represent Receivers in Supreme Court Foreclosure Actions .

In 2012, Michael entered private practice in the firm of Michael J. Ficchi, Jr., Esq., PLLC, and is Of Counsel to The Law Offices of Michael J. Ficchi. His new office concentrates on quality representation and complex civil and criminal work, with plenty of time for personal attention to every client. Michael is a skilled and seasoned trial attorney who zealously advocates for his clients’ rights and does not quit until he obtains a positive result.